This page contains the release notes of Marlin Service for the production environment.

In the upcoming Marlin Service release for production the following points will be resolved.

Release notes before 18th of March are only available in the Dutch language.

Appointment/Blockade edit:
When manually adjusting the appointment time, it was not saved and the previous block time filled. This functionality has been restored.

Blockades and Exchange:
The link between a blockade in Marlin and Exchange (Outlook) could cause problems when using repetitive blockades. The basic structure for storing blockades has been changed.

If you add a new blockade, the creation screen is the same: 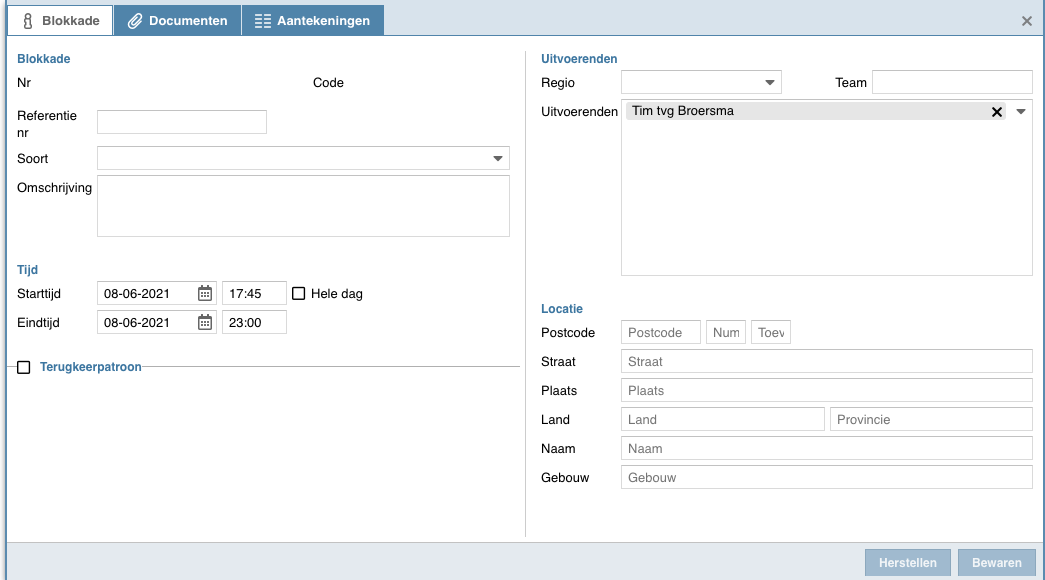 Blockades with a recurrence pattern get 2 other tabs: Instance and Series 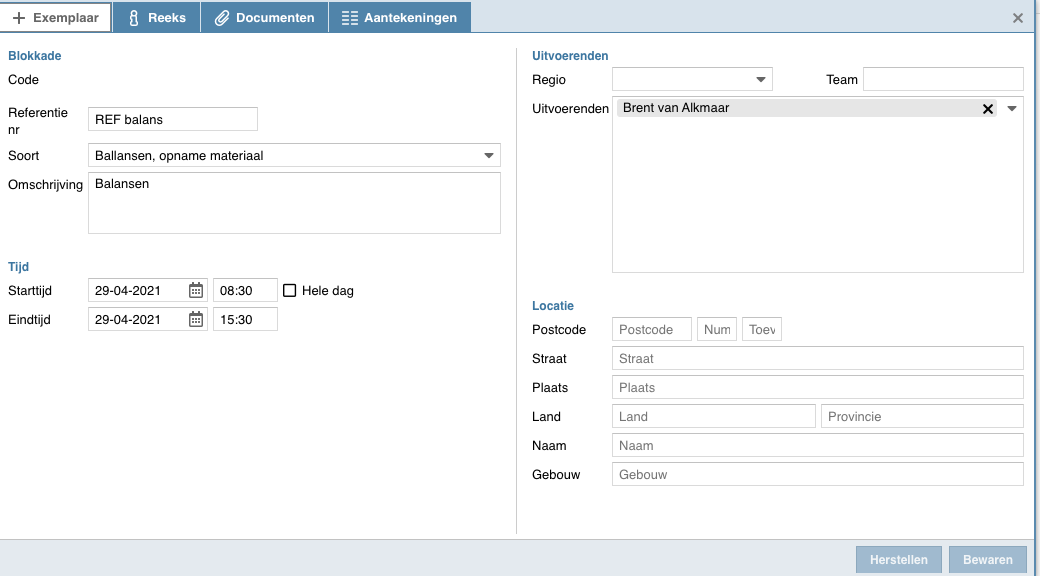 Service types Marlin:
The service types were not always displayed correctly within Marlin. This functionality has been restored.

Description planrule:
The description of the plan rule is now also visible in the unplanned task list

Plan proposal time-out:
A time-out could occur when requesting a plan proposal. This problem is solved.

Display cross icon:
The cross was not correctly displayed in Marlin’s display menu

When scheduling automatically, the appointment is not automatically filled. This functionality has been restored.

Removing Blockade:
Removing a blockade could result in a system crash. This is resolved.

Settings are lost:
Various reports have been received where settings were erroneously changed after logging in again. We have improved saving the settings to prevent these problems.

Re-allocate a task:
When re-allocating a task with a different duration an error message could arise. This error message was ‘No resource available’’. This problem has been resolved and the reallocation of the task will be handled now.

Save changes:
With different reading actions it was possible that you would see a message ‘Save Changes ’. The errors in the situations that we could reproduce have been fixed. This message will no longer show up and is resolved.

Planning re-allocate tasks and removing them:
While planning and removing a follow-up task, this no longer showed up in the unplanned task list. This functionality has been restored.

View task appointment data:
While requesting to see the view task message, the appointment information wasn’t shown to the user/planner. This functionality has been restored.

Invalid orders:
It was possible to create a situation that yielded invalid orders. These were made during planning. This problem has been resolved.